Izmir’s potential as a top Turkish conference and incentive destination is gradually being recognised.

Situated in Western Anatolia, Izmir is Turkey’s third-largest city and is gaining in popularity as a conference destination. According to Izmir Convention and Visitors Bureau marketing and foreign relations manager Kerim Gulec, the destination is ideal for events, due to its unique history, food and wine tours, Mediterranean climate and proximity to historical sites such as The House of Virgin Mary and the ancient city of Ephesus. 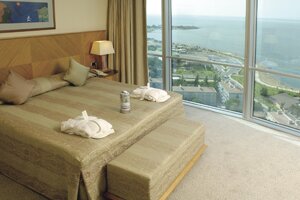 At present the region is home to five convention centres, as well as 132 hotels. The Crowne Plaza, just outside the city centre, has 219 bedrooms and 15 meeting rooms, the largest of which spans 429m2 and has capacity for up to 200 people. The hotel is seeing increased interest from the UK corporate market and has hosted conferences for HRG UK and Tesco. Meanwhile, the Swissotel in central Izmir is home to a spa, 402 rooms and 19 conference rooms, with the largest accommodating up to 1,000 delegates. 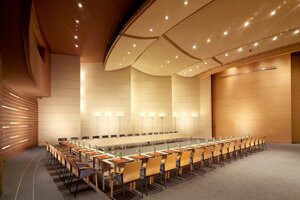 Plans are also under way to move the Izmir Fair exhibition centre to a new location with additional capacity and modern facilities. With 80,000m2 of space, the venue is set to open in early 2014 and will be the largest in the region. The existing exhibition hall will be converted into a 24,000m2 congress centre, boasting spacious rooms, modern technology services and capacity for 10,000 people.

Outside Izmir, in Kusadasi, the new 43,000m2 Ephesus Convention Center is set to open in September. Built close to famous ruins, the centre’s two auditoriums, which will seat 3,000 and 800 delegates, were inspired by Anatolia’s ancient amphitheatres. Offering a 2,780m2 exhibition hall and more than 25 meeting rooms, the conference centre will be fully equipped with projection, video and sound technology. There are more than 1,000 guest rooms within walking distance, and plans to build new hotels in the region are under way.

At present, Pegasus Airlines operates a direct service from London Stansted, while Turkish Airlines runs regular flights from Manchester, Birmingham, Gatwick and Heathrow via Istanbul, and a new service from Edinburgh will be introduced in July. While Istanbul Ataturk airport is currently struggling with capacity issues, Turkish Airlines director Hakan Nalbantli says the carrier will be using the city’s secondary airport, Sabiha Gokcen, in the coming months.

UK-based Pro Publications events manager Saija Nakari, who recently visited Izmir, says she was impressed by the region’s potential as a destination. “There are so many high-quality conference hotels. I can see it being an interesting destination, especially once the direct flight connections from major European cities improve.”

To promote the region Izmir Convention & Visitors Bureau is hosting fam trips and has revamped its website, ahead of the launch of its ’4+1 Campaign’ for five-day conferences in 2014. Under the scheme, meeting planners will be offered free hall hire on the first day and free accommodation on their last night.